This is for you, mate. And you. Yes, you. You, too. Okay, I can’t handpick just a few. How about we make it simple; and just say this is for all of you. It’s for all of us, humans.

Just because you tried, and tried, yet you’re still nursing a broken heart, doesn’t mean for you it’s already sealed: that you’ll never find happiness and heal.

Life is simple as this: you live and you love… you try untill you die. It’s the circle of life.
No matter what, or who you are, where you are; you just have to love someone, or something; and you’ll always try to cultivate that love, until you can’t anymore.
And even when it all falls apart, you’ll still find someone or something else to cherish.

It is what it is.

Just so you know, ‘the right one,’ or ‘the perfect guy,’ isn’t some guy who’s born for no other purpose but to be that particular person in your life.
For instance, it wasn’t written that upon Trump’s birth, he would one day be America’s president. Nor was it for Barack Obama. But mind you, it happened, regardless.
Why?
They pushed and pushed. They pressed on despite the pressure from Twitter (Hi, Trump).

All I’m saying is, it’s life. And just because you are hurt, or angry and pissed at those who ‘took you for granted’, doesn’t mean it’s all over for you.
Our main purpose (if not the only one) is to live. And live, until we die.
What we have, here, in between — the cosmic vacuum between life and death — is for us to decide what we want to pursue, and with who by our side.
It’s definitely your choice. You get to decide.

Just so you know, I’m not disregarding the fact that you got hurt — and how painful and depressing it must be for you — or how those who hurt you are to blame.
But that’s on them, right? They hurt you yet you were genuine with them. They lost you, they lost your true love which you genuinely handed it over to them. It’s on them. But let’s not dwell on that, on them. They don’t deserve that much attention, hmm?

It’s not easy, either. Nothing is. It takes courage and relentlessness. It takes hope, faith and being honest (especially to yourself) and understanding. Wisdom, too.

And, yes, often times, when people express their want for a relationship, they’re told,
“just love yourself, gosh, damn it!”
We all know how goddamn hard that is. ‘Cause, obviously, self-love and romantic love between two people are not the same thing, right? But they can coexist together.
Just because you want someone to love you, doesn’t mean you don’t love yourself.

It’s okay to crave love. It’s in our blood. We all want someone. We all want communion. We crave it, ’cause it’s who we are.

So, it’s not yet over for you, mate. It’s who you are. We all seek something — that’s what we seem to do with our lives.

What I’m trying to say is, don’t generalize the cause and reason of your pain to everyone. Good guys exist.
True love exists (even when it’s not permanent, but it’s there. I guess if you ask me, I’ll say true love is that which entails two people building each other through joyous moments, and appreciation and understanding and perseverance. And even when you breakup, or divorce [because of compatibility issues, or priorities], it’ll still be mutual.
‘Cause to love truly is to love freely — even when you have to stop being sexual and all). 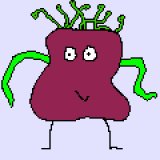 Think of me as that guy you see in the streets playing his guitar and singing his heart out. Only that I have no guitar, nor am I singing. It's just me, telling stories... I guess stories about how I see things, feel them and think of them . Oh, just so you know, these stories aren't about a long lost lover. I mean, maybe I could write about that, when it happens (since the reason for this blog is simply to write; to serve as an outlet for me).

I guess we all need that; that which provides an outlet for us.

Because sometimes all we want is just to express what matters to us, and we do so with words, with stories— simply because they matter too.

Reblogged this on Scribblers Arena.